2nd Edition
Now if full color throughout the whole book

This book explains:
• What it takes to be a Producer
• How to become a Producer
• A simple step-by-step process for actually producing a band or group
• The high level values that major producers utilize in a production
• The variety of roles that a produce must take on

PART 2 – THE BUSINESS SIDE OF PRODUCTION
Chapter 2 – Finances, Organization and Politics
• Budgeting Scheduling and Organization
• Obtaining Financial Backing
• Dealing with Record Companies
• Establishing a Network Base 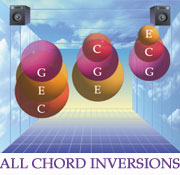 APPENDICES
A. Checklist of all homework to be done before the Pre-Production meeting
B. Nomenclature and Monosyllables for describing Musical and Rhythmical Patterns
C. Forms
D. Virtual Mixer Interface

There are no reviews yet.

Be the first to review “Art of Producing Book – 2nd Edition” Cancel reply
Copyright – Sound of Light, 2020
Developed By  Technovicinity